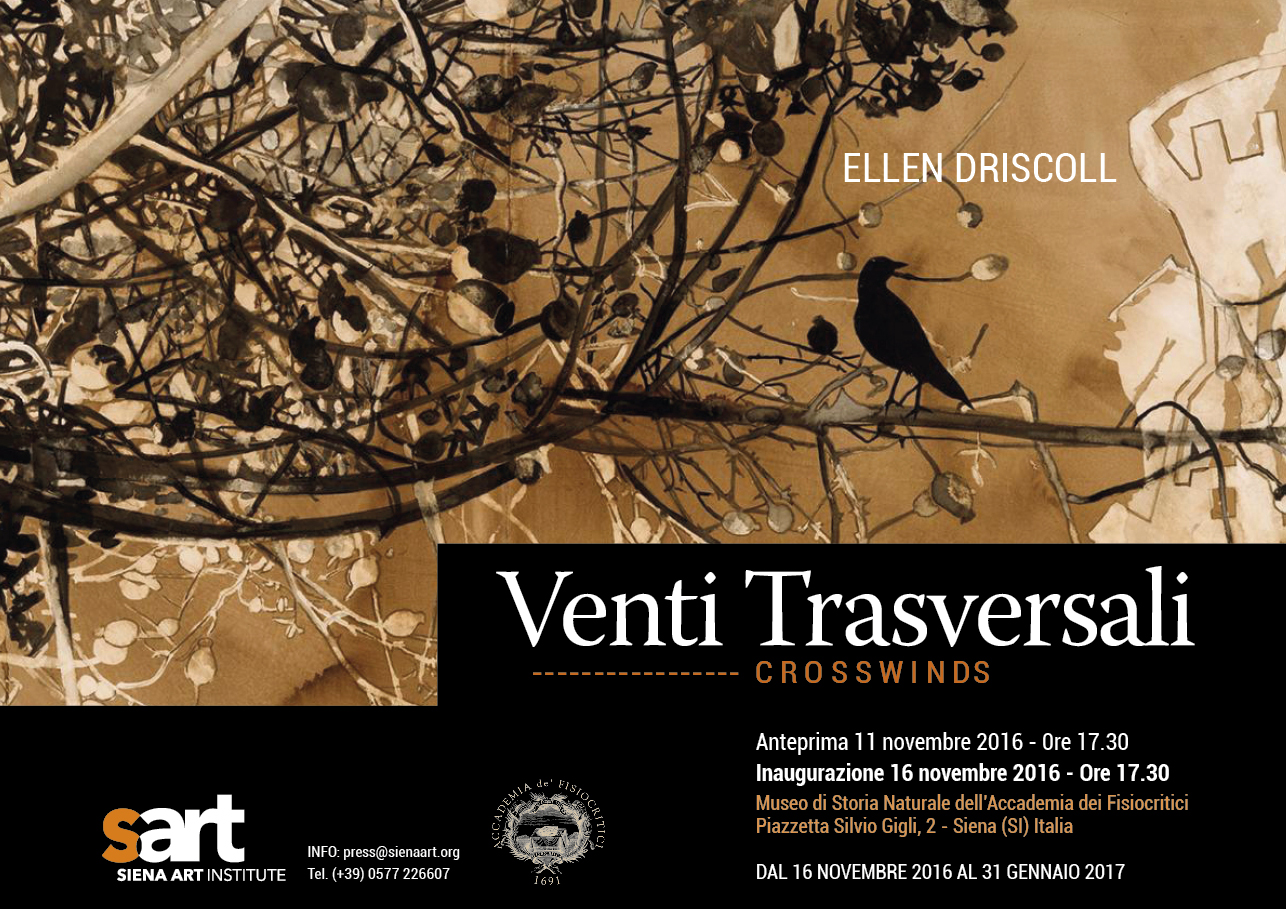 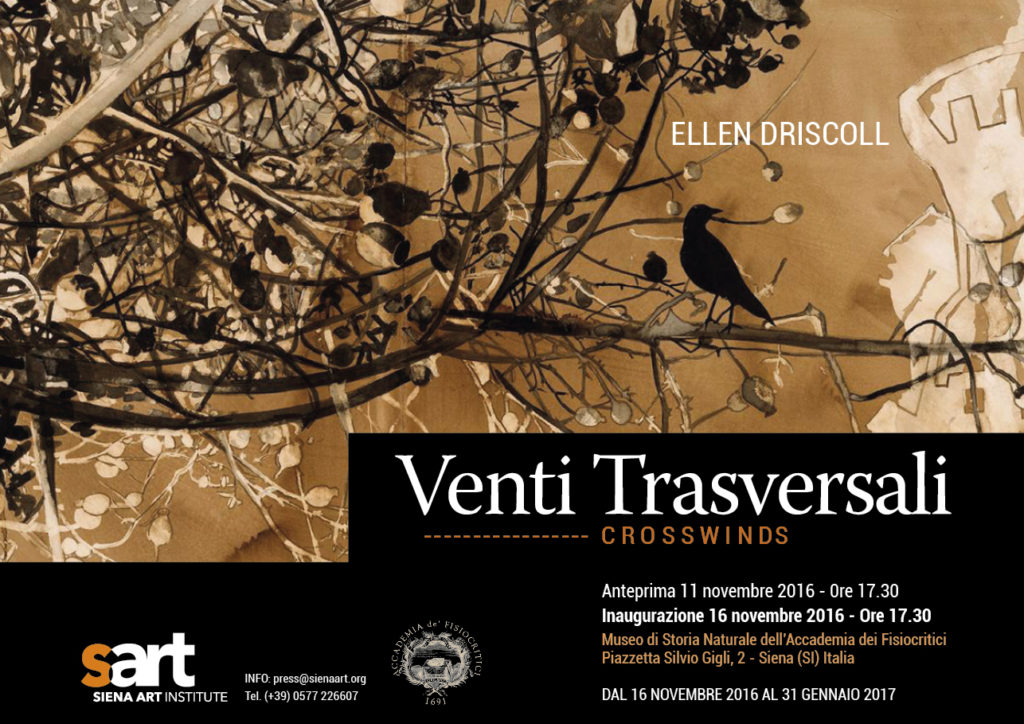 Venti Trasversali
These drawings began with an investigation into the historical process of making charcoal in Tuscany. Four indigenous trees—oak, chestnut, pine, and arbutus—are used in this ancient process. Because of its unique molecular composition, charcoal is now used globally to extract toxins—from earth, from people—as a healing corrective. In the drawings, this molecular remedy is represented by honeycomb sieves. In one drawing, the maps of countries are caught by the sieve.
Recently, there have been the highest movements of people across borders since World War 2. Italy received very high numbers of Albanians in the 1990s, who took up agricultural work including charcoal making. More recently Chinese immigrants have made inroads into manufacturing. With these and other more recent migration events as a backdrop, some drawings create a matrix in which the indigenous plant connected to charcoal production is combined with a plant that has arrived from another country and taken deep root, adapting to it’s new ecosystem. Other drawings feature a single plant like the Mulberry tree from Asia, or rose hips from Africa, Asia, and Europe, combined with an image of a man-made environment like the map of Siena folded over itself three times, as if a bird’s eye were recording the city in retinal layers as it flew back and forth in it’s daily passage. 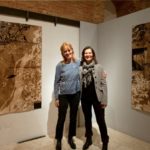 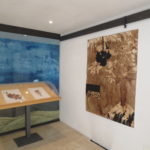 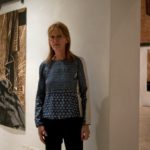 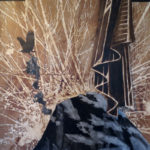 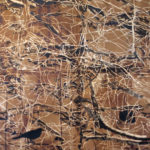