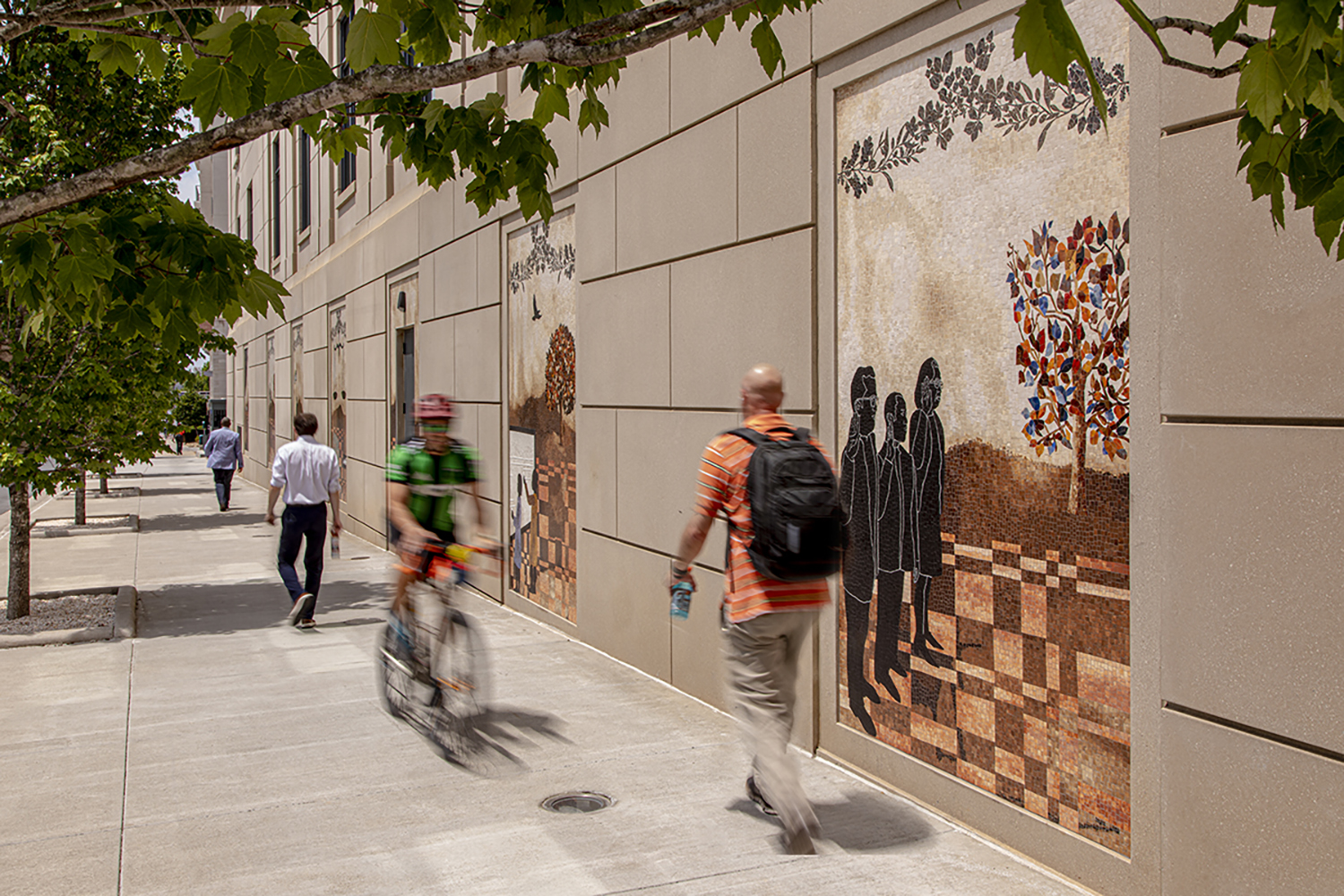 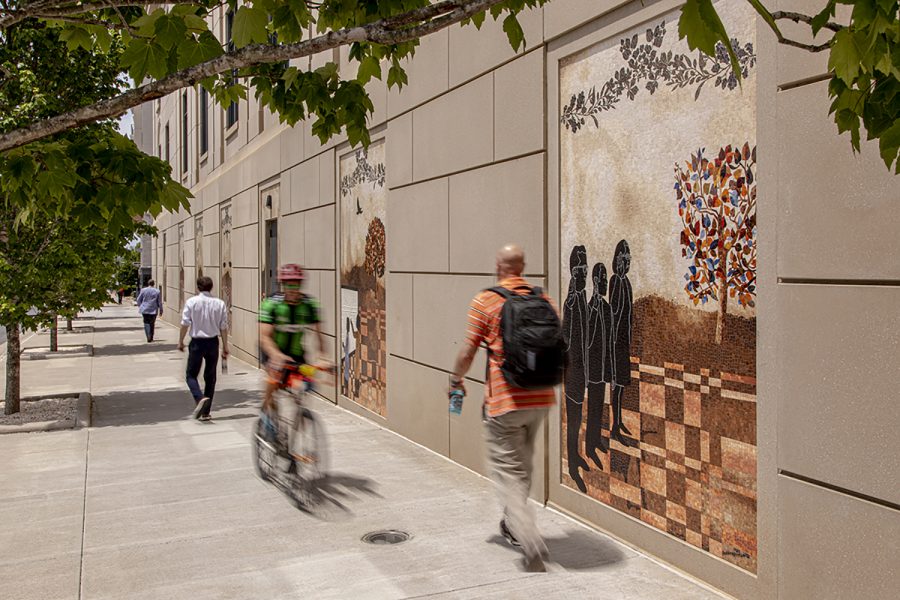 Commissioned by the General Services Administration Art in Architecture Program

Ellen Driscoll created Site Woven, a series of seven mosaic panels, for the Charles R. Jonas Federal Building and Courthouse. As the title suggests, the artwork is woven from the history of the building, its site, and the local region.

Each mosaic panel commemorates a different aspect of the courthouse site’s rich history. Moving left to right, the first panel features the original U.S. Mint building that occupied this site from 1837 to 1931, a map of the North Carolina gold rush, and Charlotte’s present-day skyline. The second and third panels highlight the building’s past uses as a U.S. Post Office and a U.S. Military Entrance Processing Station. The fourth and fifth panels pay homage to the site’s current function as a federal courthouse and recognizes (in panel five) the landmark desegregation decision in Swann v. Charlotte-Mecklenburg Board of Education. The final two panels represent new United States citizens taking the Oath of Allegiance during the naturalization ceremonies that take place in this courthouse throughout the year. The artwork’s overall composition is framed by curtains adorned with stars that recall the earliest American flags. A garland of leaves from various trees—oak, chestnut, linden, and olive—that symbolize themes of justice connects all the panels. The individual scenes also are anchored by a continuous background landscape that evokes the Carolina Piedmont. Interlaced through the landscape is a simple weaving pattern that celebrates North Carolina’s history of textile production. 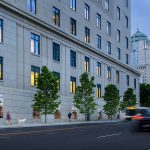 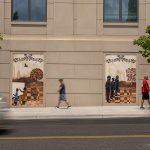 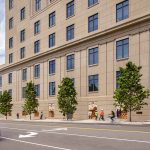 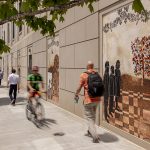 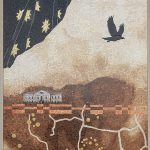 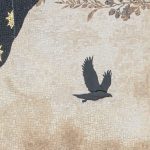 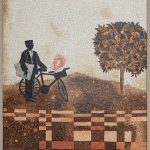 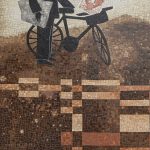 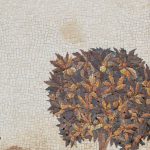 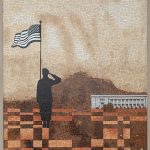 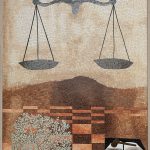 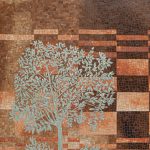 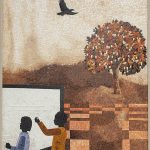 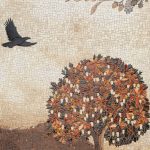 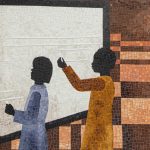 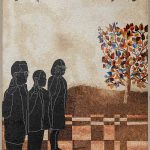 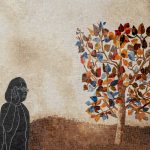 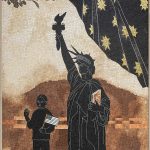 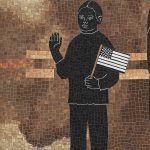