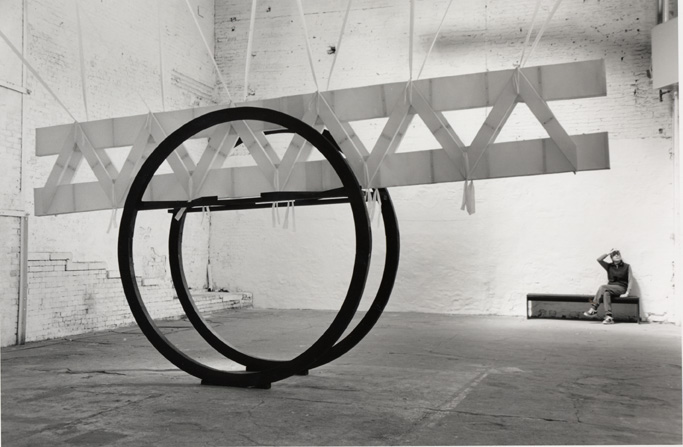 “Ghost” is an eighteen foot long twin of structural beams which hold up the ceiling of SmackMellon Gallery, a 19th century spice factory under the Brooklyn Bridge in New York. It is made of semi-translucent starched cloth and small metal rivets. The beam is held aloft by two eight foot wheels which appear to be caught in the act of rolling it away from its origins up above. Yet that suggested motion is held in arrest by delicate white organza ribbons tethered to the beams up above. The girder creates a ghost image of what is above, rendering in the intimate materials of dressmaking, and specifically nurse’s uniforms and the like, an industrial 19th century architecture. This spectral twin is meant to conjure the idea that the architecture has shed its own skin, and undergone transformation from its past to its present – as a metaphor for the more intimate changes of the body. 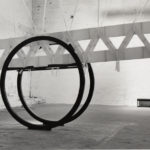 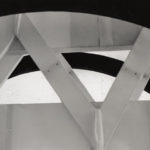 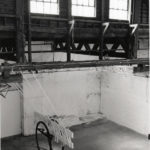