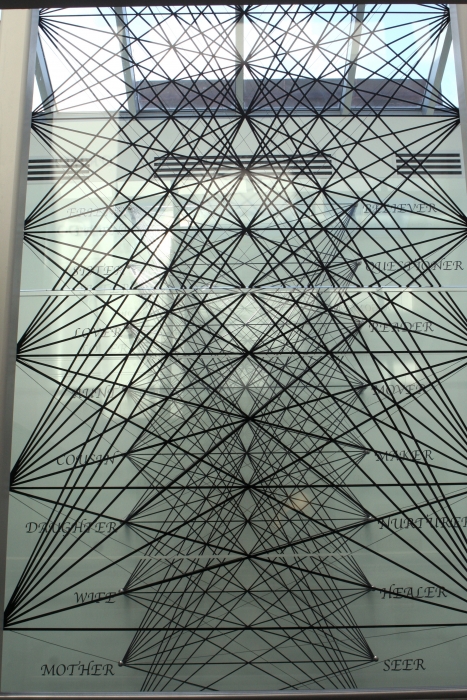 Selected by Fred Wilson for the Public Art Network’s Year in Review, Best Public Projects of 2010

The small space between the old and new buildings referred to by the architects as the”knuckle” space is the focal point of “Filament/Firmament” at the Cambridge Public Library. A knuckle is a hinge, and a flexible joint, and this proves true in architecture as in human physiology. The library itself is a specific building in a specific city, but it is also place-less in the sense that vectors of inquiry and response are sent to every point that the human mind can imagine. The “knuckle” situated at the very heart of the architecture is a space in which the flow of human traffic back and forth will form a choreographic warp and weft between the different spaces of the old and new library. It is therefore ideal for a metaphorical insertion of women’s historic contribution to civic life in the form of the oldest activities engaged in predominantly by women around the world–weaving and sewing. A diagram by Athanasius Kircher from 1669 which is a “universal diagram for the formation of questions about every possible question” will be etched on opposing glass panels in the upper atrium. An absurdity in and of itself, this beautiful drawing, brought into three dimensions is, essentially, a diagram of the interconnectedness of all things. Using glass, and tensioned cable, the diagram is applied here to women’s relational roles, to the overarching language families of the world which encompass literally thousands of countries, to nouns of agency, and to the specifics (and implicit metaphors) of intimate space,transforming the atrium of the “knuckle” into a generous space welcoming all to a moment of reflection. On the first floor, is a zinc coated copper wall with a repeat pattern of oculi cut into it, into which are inserted textile patterns from many different countries. The pattern of holes refers to the punch cards of jacquard looms. First invented in the 19th century, the jacquard loom put many women out of their weaving jobs. They became punch-card makers instead–one of the essential ingredients of our very first computers. 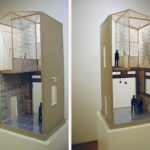 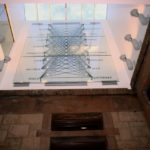 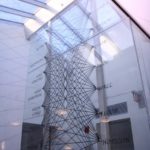 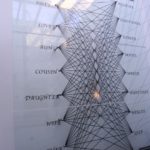 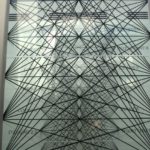 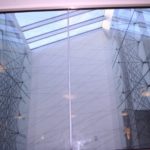 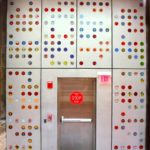 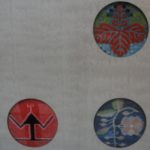 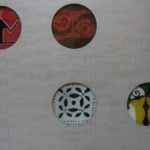 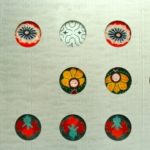 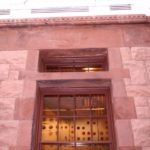 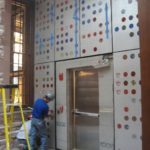 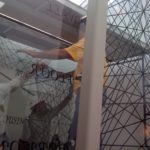 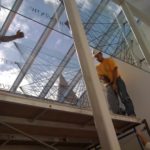 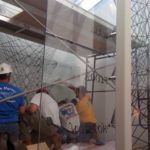