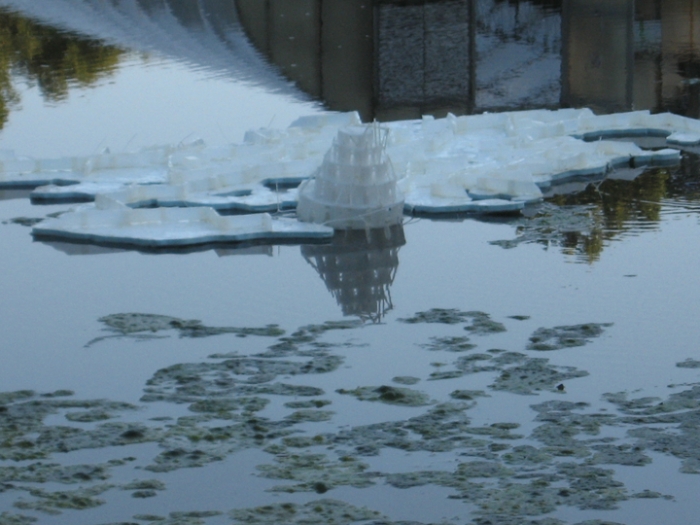 Two North American landmasses extending up through Canada and Greenland and down through Central America, float– mirroring each other and being mirrored, in a pond. A sunken chair sits at the floating “table” of one In these mirror landscapes, populated by McMansions, trailer parks, and shot-gun houses. An offshore oil rig and a dredging crane loom over the landscape. In the other landmass, a network of walled compounds is adjacent to a floating Tower of Babel. In the apocryphal tale of this tower, a cohesive group of citizens (sharing a single language) survives the Great Flood and sets out to build a tower so tall that it would scrape the heavens, an architectural wonder that would reflect glory upon them. Displeased, the God of the Old Testament scatters them by making them multilingual. Globalization has unified and intensified the pace of commerce—but in so doing, has widened the chasm between the developed and the developing world. Approximately 85 million plastic bottles of water are sold every day in the United States, a volume of consumption that is staggeringly more than in other parts of the world. Much of this plastic does not get recycled but travels to landfills in poorer states and poorer nations who accept cash in exchange for receiving the waste. “Still Life” brings together water and the plastic it is bottled and sold in, transformed into a visual allegory of present patterns of waste in the United States. The productive and idyllic backdrop of Allendale farm will serve as a potent contrast to the isolated “landscape” floating in the pond. I have been working on this series of works for three and a half years, and there is an eerie sense of premonition as the current oil disaster in the Gulf of Mexico unfolds, and the United States contemplates the possibility that the moment of “peak oil” has arrived. 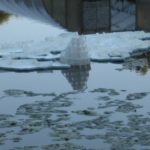 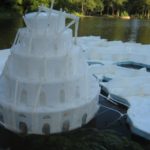 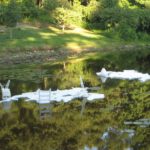 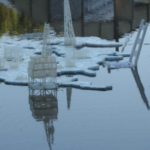 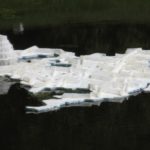 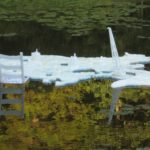 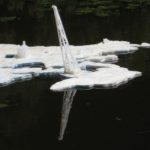 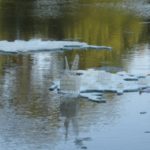 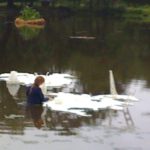