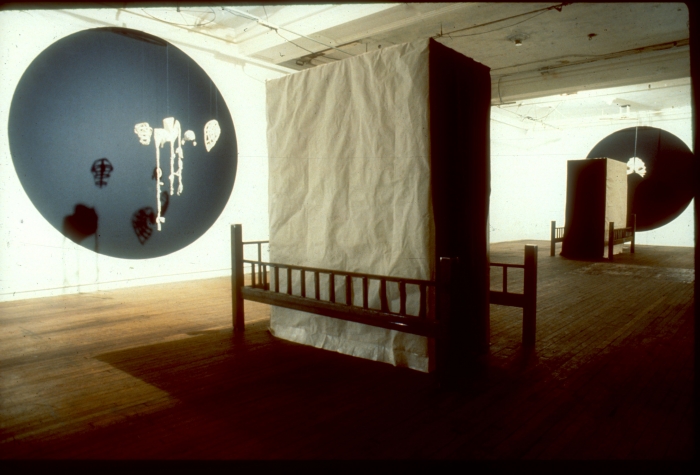 The impulse behind this piece is the work of 19th century neurophysiologist J. M. Charcot, who worked at Salpetriere Hospital in Paris. Charcot studied the attacks in his female patients of what the medical establishment called “hysteria”. Charcot theorized that “hysteria” was caused by a lesion in the brain. But because he could never actually locate this lesion, he suspected the female patient’s body of playing a confounding theatrical game to frustrate his research. The four central camera obscuras in this piece are both beds and cameras. The interior space of the bed into which the viewer enters, contains a moving image projection in black and white, generated by light hitting the objects outside and passing through a lens. Whatever is “known” of the objects outside, this knowledge is altered once inside the camera obscura. Although in Charcot’s case the camera was the instrument of classification and knowledge (he had hundreds of photographs taken of his patients as a cornerstone of his research), here the same instrument frustrates rational thought.

“The dark interior spaces of the camera obscuras and the hovering objects of Charcot’s scientific speculation produced both explicit and inchoate impressions. Challenging the plausibility of images, reality and fantasy, creativity and madness, health and sickness, were endlessly reconfigured by shifting, often indiscernible boundaries.” – Excerpt from “The Proportions of Paradox” by Patricia C. Phillips, Sculpture Magazine, November, 2000 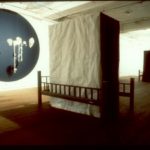 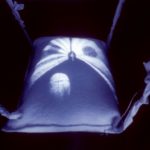 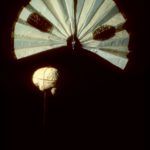