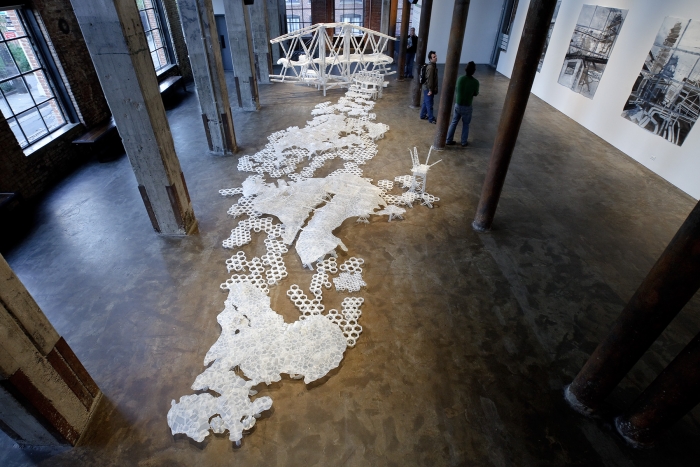 This installation is a continuation of a multi-year series which explores the dynamics of resource harvesting and consumption. This part of the series focuses on oil and water. Rising at 5:30 AM, I harvest #2 plastic bottles from the recycling bags put out for collection on the streets of Brooklyn. For one hour, one day at a time, I immerse myself in the tidal wave of plastic that engulfs us by collecting as many bottles as I can carry. The sculptural installation for Smack Mellon comprises 2600 bottles transformed into a 28 foot landscape. Constructed solely of harvested #2 plastic, the sculpture collapses three centuries into a ghostly translucent visual fugue in which a nineteenth century trestle bridge plays host to an eighteenth century water-powered mill which spills a twenty-first century flood from its structure. The flow contains North American, Middle Eastern, and African landmasses (sites of oil harvesting and their consumer destination) buoyed by a sea of plastic water molecules. The piece looks back to eighteenth century American industry powered by water, and forward to the oil refineries of the Niger Delta, site of prolonged guerilla warfare against oil corporations and the source of over fifty percent of crude oil for the United States—the oil that produces the plastic within which our privatized water is currently bought and sold. The wall drawings in the exhibition are based on a close study of the inner workings of an oil refinery. By using huge shifts of scale between the macro and the micro, they depict a dystopic future based on rampant oil consumption. An oil rig shares the horizon with ocean fires and garbage scows, mega shopping malls are abandoned to spontaneous communities of slums, and a refugee camp is inundated by the waters of a melting glacier. The worlds in the drawings are drained of color, but filled with the flux and spillage of a potentially chaotic future.

The project was funded with support from the LEF Foundation, the Rhode Island School of Design Professional Development Fund, and SmackMellon. 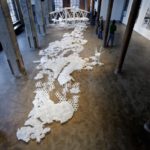 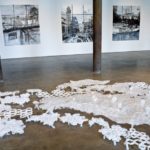 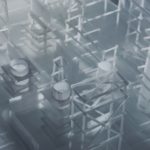 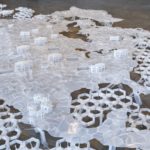 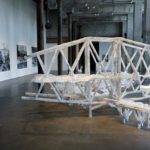 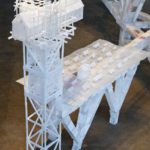 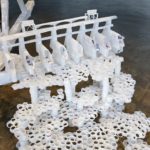 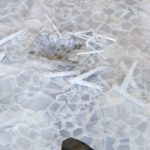 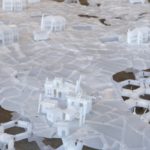 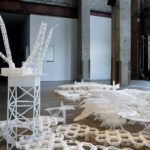 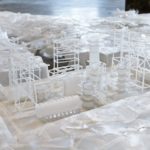 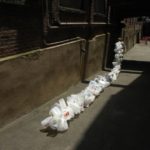